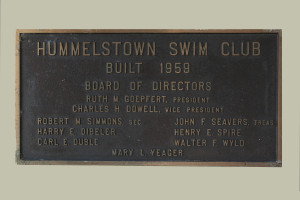 Where did the inspiration come from to organize the Hummelstown Swim Club? Ruth M. Goepfert, (affectionately known as “Mrs. G”)  president for 54 years, grew up in Palmerton, PA  where swimming was a great part of her life.

When she and her husband, John L. (“Jack”) Goepfert  moved to Hummelstown they started a family. Their two children, Linda and Douglas, gave her two more reasons to build a local swimming pool.  At that time, Jack was a teacher and a football coach at Hummelstown High School. Ruth became a Health and Physical education teacher at Middletown Area High School. They both had their summers off, giving them the opportunity to manage the pool. While Ruth was President of the Hummelstown Swim Club board and involved in every facet of the Swim Club, Jack was the pool manager, a position he held for 43 years.

In 1957, Mrs. Goepfert spoke with three leading business men in Hummelstown, Henry E. Spire, Elvin M. Warner and Herbert N. Bowser.  At that time, she presented her plan for the organization of the Swim Club. Two of the men were from the First National Bank where they got approval for a $67,000 loan with the condition that could not be broken  ground until there were 250 memberships ($100) in hand. 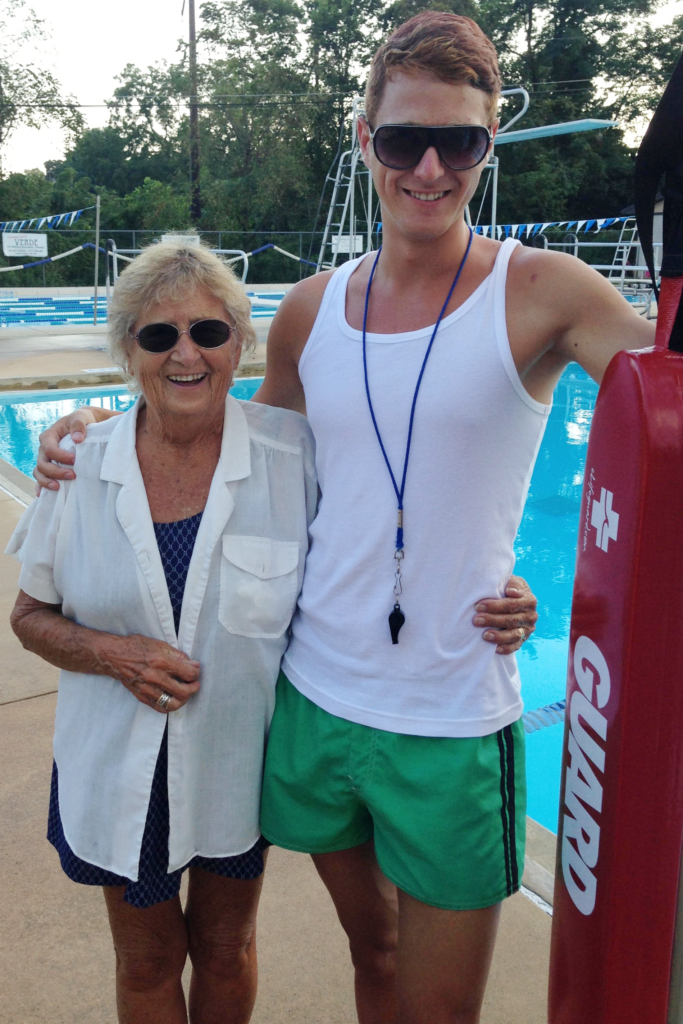 Serving as intermediators, Frederick J. Bolton and Gilbert T. Mariano volunteered their legal council during the planning stages.  Their first meeting was November 13, 1958, and at that time, Mrs. Goepfert, Charles H. Dowell, Harry E. Dibeler, John F. Seavers, Walter F. Wyld and Mary L. Yeager volunteered to solicit memberships from various sections of town. When they were fearful they might not reach their membership goal, they accepted an offer for Hummelstown Swim Club membership from residents of Chambers Hill to meet their quota. At this point, the Hummelstown Swim Club became a reality!

Construction of the pool was considered at three different sites in the Borough. Shope’s field at the west end of town, the boat landing on Circle Drive, and the Verdelli field on the east end of Kokomo Avenue.  The Verdelli’s made an offer of 4.83 acres of their farmland and it was purchased to construct the pool.

The construction of the pool was completed by Moseman Construction Company, Inc.  On July 4th, 1959, the Hummelstown Swim Club was officially opened. The facility included a main pool with two 1-meter and one 3-meter diving boards, underwater lights, a baby pool and a building for the manager’s office, a small room for vending machines, bathrooms, and a telephone booth nearby.

One of the biggest assets to the Hummelstown Swim Club are the five screened-in pavilions each with a starter sink, fireplace, refrigerator, overhead fans and vinyl sun/storm curtains and a bathroom.  They are very popular for family events such as birthdays, reunions and parties.

There are numerous family oriented planned events throughout the summer, such as camp outs for boys and girls, teen night,
covered dishes and the family fun event everyday at 3:00 pm. 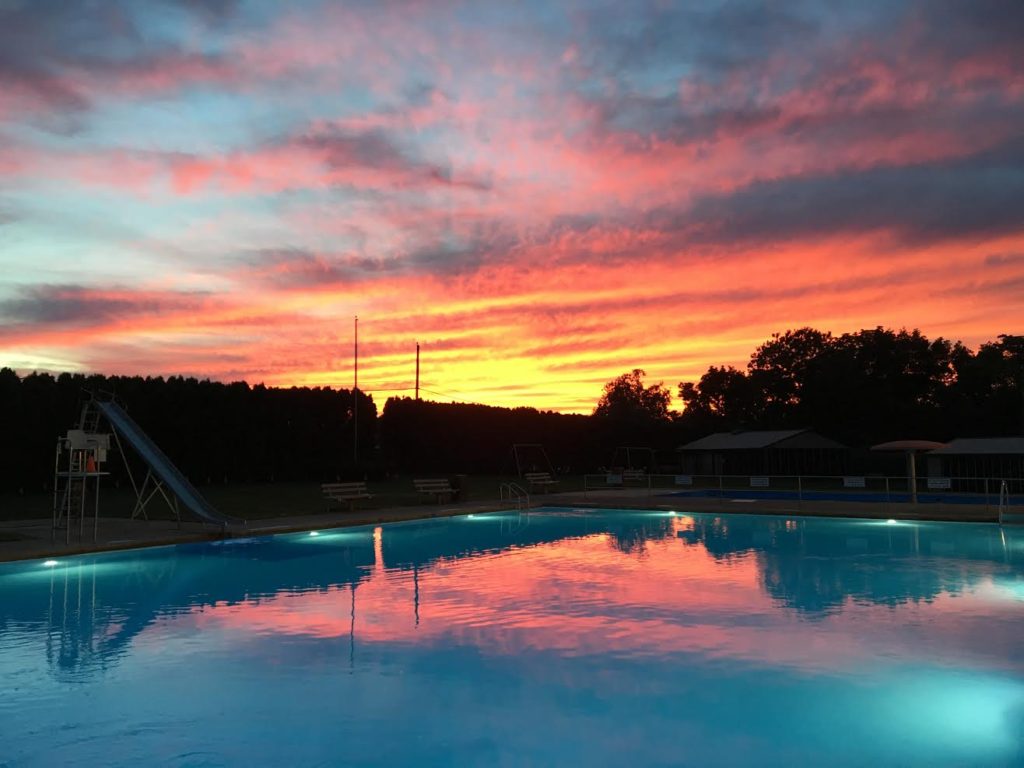 The Flamingo Swim Team was organized in 1996 with approximately 35 swimmers. Since then, the team has grown and in 2003,
after the passing of John L. (Jack) Goepfert, the Jack Goepfert Relay Invitational came into being. The swim team has swim meets per summer and has hosted Divisional meets at the request of the League.

The Hummelstown Swim Club has been an integral source of summer recreation, exercise and socialization for many years in the Borough of Hummelstown and will be continued to be enjoyed by many for years to come!